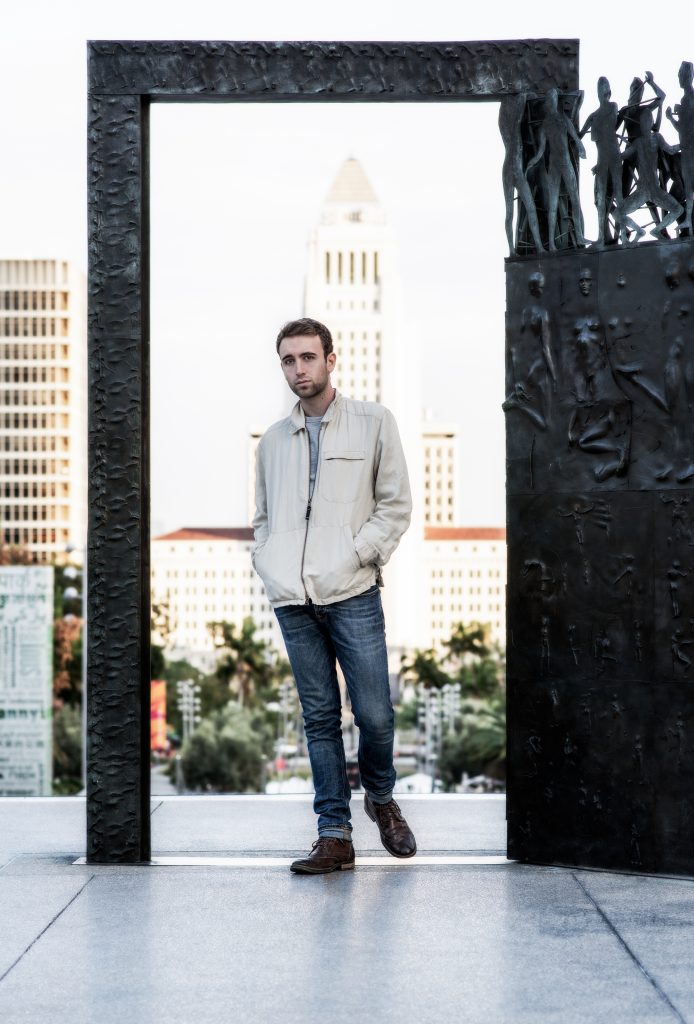 Born in Springfield, Massachusetts on May 11th, 1992 into a musical family, Plotkin wasted little time in his pursuit of music, taking his first singing lessons at age six. Two years later he was forced out of his comfort zone and onto the stage when his hyper-supportive parents managed to convince a director to let him sing a solo with the Dan Kane Singers at Symphony Hall in Springfield. Introverted by nature, Plotkin quickly identified music as the most natural form of expression available to him and dove headfirst into piano lessons and poetry. At 12, he met and began learning from piano teacher James Argiro, whom he credits with helping bridge his music and lyrics together to create his first complete songs. After submitting these songs to several local competitions, Plotkin caught the eye of Nashville music producer Cliff Downs. With the young musician balancing high school back home with trips to Nashville throughout, the two worked together on what would become Plotkin’s first album, Underground, which he released at the age of 14.

After graduating high school, Plotkin enrolled at Belmont University in Nashville and began studying songwriting and music business. In 2012, he was awarded the ASCAP Songwriter Scholarship for a song he wrote with future pop star Meghan Trainor entitled “One Broken Heart Away.” Belmont’s proximity to Music Row allowed the budding musician to participate in internships with various music-publishing companies, the last of which, with Disney Music Group, brought him to Los Angeles for the first time, where he fell in love with the city’s diverse artistic landscape. After returning to Nashville to finish school, he packed up his Sterling Audio microphone, duet interface, and the laptop he used to record and transplanted to Los Angeles to pursue a full-time career in music.

The singer/songwriter and producer has kept busy since arriving in the city of angels, signing a publishing deal with Defend Music and collaborating with American Idol finalist Dalton Rapattoni, U.K. rapper Scrufizzer, and international recording artist Claydee. In 2016, Plotkin won first place in Adult Contemporary Music at the International Songwriting Competition for “Halfway Out Of Love,” a song he wrote with friend and American Idol finalist Rayvon Owen. The same year, he also released an EP titled Words Don’t Mean Much In This Town. Plotkin is always at work and excited to continue building an honest and meaningful relationship with his audience while he explores himself through his music. “There’s always a chance I can truly connect with someone,” he says, “If I can make someone feel understood, then I feel understood.” – Jacob Louis Moeller