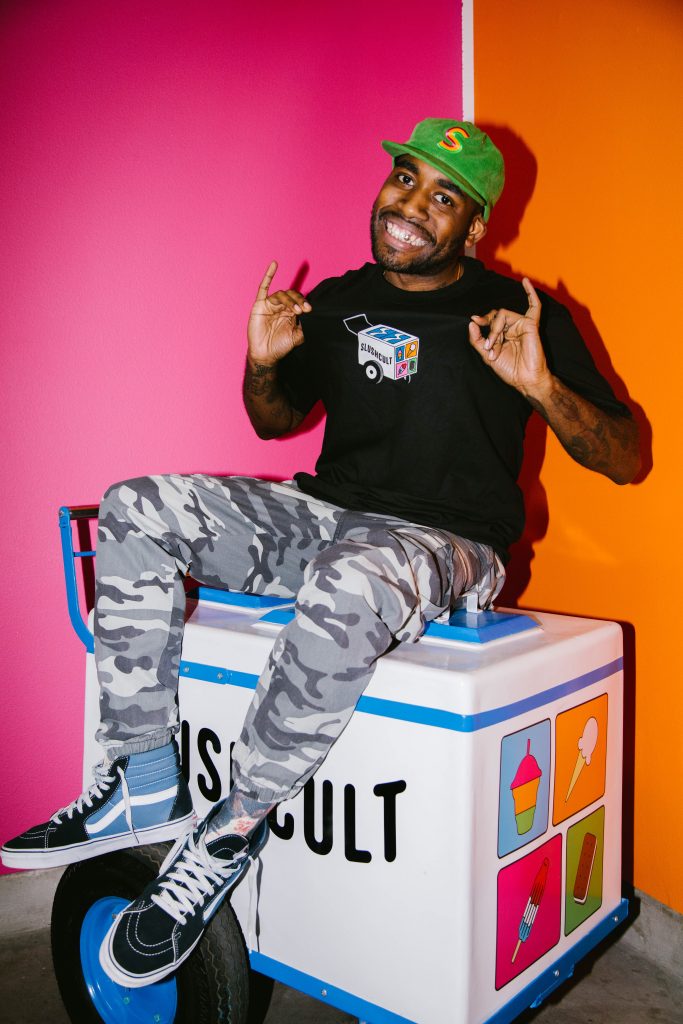 ShowYouSuck has gone from becoming an Alumni of the Art Institute, to selling out several venues in Chicago and across the country. After a series of mixtapes (One Man Pizza Party 1-4)He partnered with Chicago based indie label Closed Sessions to release his commercial debut project “Dude Bro” in 2013. Closely after he began touring the US and Europe as support for artist like Juicy J, Yelawolf,Chuck Inglish and The Hood Internet. All while releasing a string of singles ShowYouSuck has made multiple appearances on MTV2, FOX and performed at festivals like Riot Fest, North Coast, and The Taste of Chicago

ShowYouSuck is establishing himself as one of the most relevantly liked emcees out of Chicago,gaining support from Red Bull, Fakeshore Drive, Complex, MTV2, 2Dopeboyz, Hypetrak, Consequence of Sound, The Sun Times and The AV Club. Using positivity and frozen drinks as inspiration he co-founded the clothing brand SlushCult thats currently in over 300 Zumiez locations and in 2016 ShowYouSuck partnered with The Hood Internet to start the Future HipHop project AirCredits and toured through Summer and Fall in support of their Debut album “Broadcasted”. He’s currently working on the follow up to last years “Broadcasted” and a new solo album called “Vacation Forever” both slated for 2019