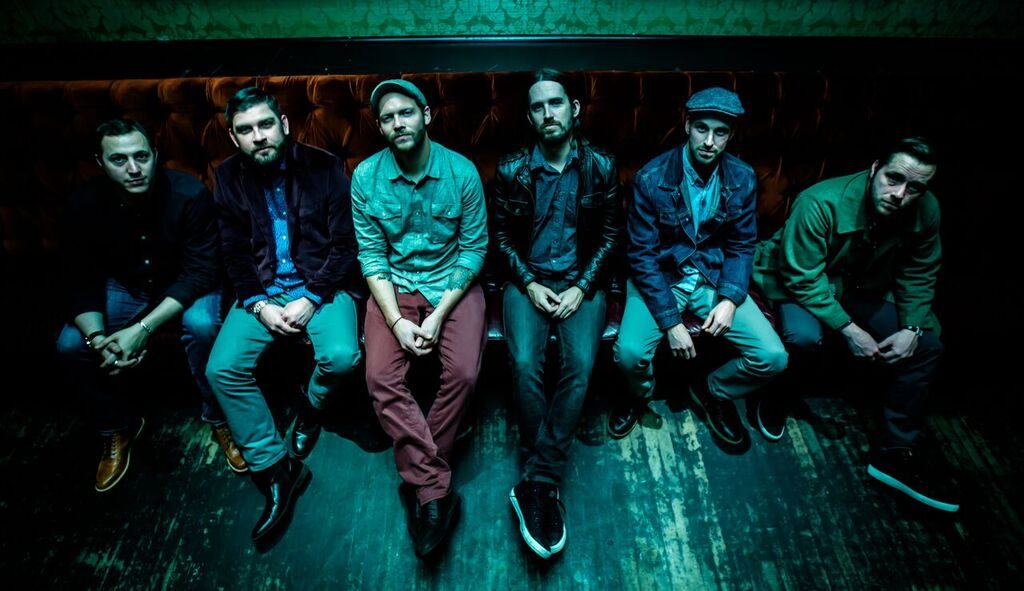 Monophonics are just hitting their stride as one of the premier soul bands in the country. The Bay Area band delivers cinematic songs with timeless hooks anchored by Kelly Finnigan’s soulful organ and powerhouse vocals. Their sound is inspired equally by classic soul, heavy funk, psychedelic rock, and classic American songwriting.

Mirrors delivers a six-song fix to fiending fans and curious newcomers in advance of a new Monophonics full-length later in 2018. The release is all cover tunes with some well-known songs mixed in with some seriously deep cuts, all band favorites. “Sound of Sinning” (Transistor Sound Records, 2015), the band’s second full-length album since lead singer, producer and keyboard player, Kelly Finningan joined the band. Evolving from their psychedelic soul roots with “In Your Brain,” (Ubiquity, 2012), “Sound of Sinning” displays the bands’ appreciation for classic song craft and Summer of Love pop-soul-psychedelia.

Monophonics’ meticulous, yet raw recordings start just like their raucous and soulful live shows, “in the same room, cutting live as a rhythm section together,” Finnigan explains. Ryan Scott and Mike Rinta’s horn and string arrangements add accents and sonic colors to the tracks, completing the soul symphony. In the tradition of Stax, Muscle Shoals, Daptone and Dunham, Monophonics’ sonic approach is equal parts classic analog gear, (everything’s recorded to an old Tascam eight-track 1/4” tape machine), old-fashioned woodshedding, and Ian McDonald and Kelly Finnigan’s late night overdubs and studio wizardry. “We’re from the same school as the producers from the studios we love. We use the tools that we have to make the best records we can.”

Baked-in to any Monophonics record there’s a vibe, that elusive element that lesser bands can’t fake, as Kelly Finnigan put it: “I think it’s having people who are all on the same page, striving to capture that musical moment and being honest in their playing and being thoughtful and putting their ego to the side to serve the song.” Monophonics is Austin Bohlman (Drums), Ian McDonald (Guitar/Background Vocals), Ryan Scott (Trumpet/Back- ground Vocals/Percussion) & Kelly Finnigan (Keys/Lead Vocals) along with Max Ramey (Bass).