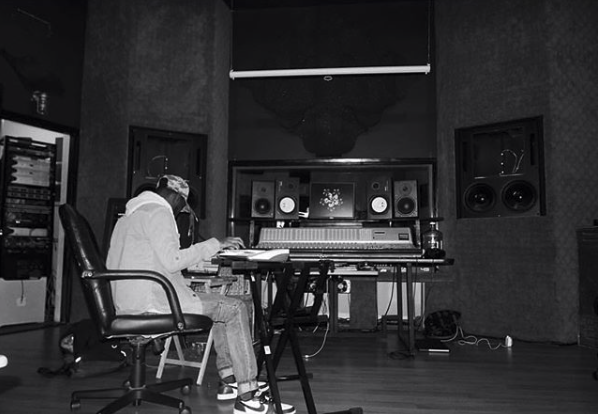 Drew Banga’s credits include Kamaiyah’s “I’m On,” Rexx Life Raj and ymtk’s “What’s Up,” 1-O.A.K.’s “Lost & Found” (which he co-produced with Kuya Beats) and Caleborate’s latest single, “Bankrobber” (with Chose1). He’s also the musical director for Duckwrth, overseeing every aspect of his live show and producing for the Republic Records-signed rapper and singer. He also co-produced much of Kamaiyah’s highly-anticipated, forthcoming sophomore album. Some other great artists Drew Banga has worked with are G-Eazy, Bryce Savoy, BayBoogy, GOONTHURRS, Guapdad4000, P-Lo, All Black, Wade08, IAMSU, and Rayana Jay.

Drew Arnett didn’t start producing professionally until a year before making the “I’m On” beat for Kamaiyah in 2015. “I just wanted to be a touring bass player,” he says.

Now a full-time producer and musician, Arnett spends most of his time at Different Fur as an in-house producer for the studio-affiliated label, Text Me Records. He has his gripes with the lack of an industry infrastructure in the Bay Area but sees his affiliation with Text Me as a tipping point.

Taken from the KQED article “Behind The Beats: Drew Banga” by Adrian Spinelli