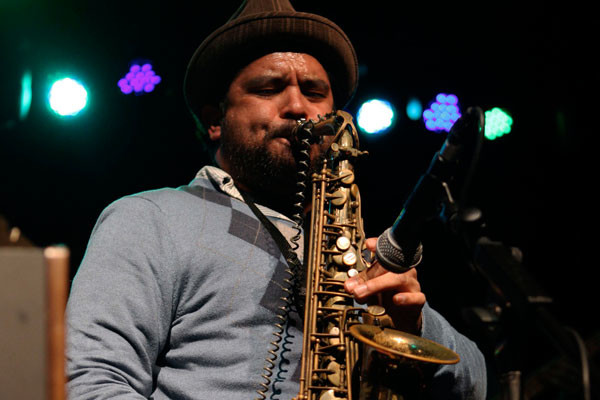 Multi-Instrumentalist and composer/arranger, Cochemea Gastelum, may best be known for his work as Baritone saxophonist with Sharon Jones & The Dap Kings. He penned 2 songs for their Grammy nominated album, “Give the People What They Want”, co-wrote Daptone’s #1 selling single “Hot shot” for the labels own Saun & Starr, as well as releasing his own critically acclaimed set of original music, “The Electric Sound of Johnny Arrow.”