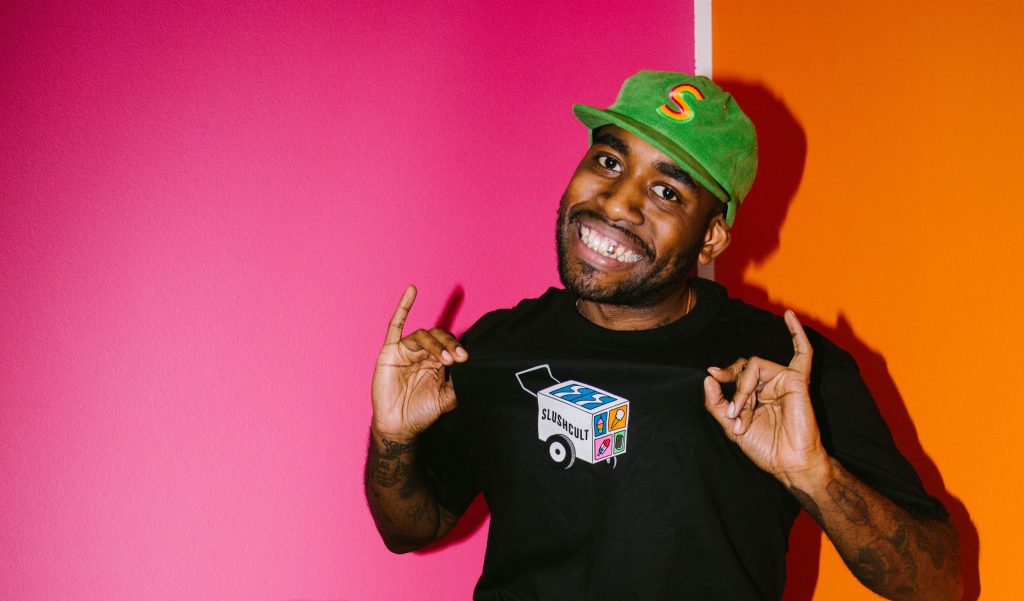 Hailing from Chicago Illinois, Clinton Sandiflower aka ShowYouSuck is establishing himself as one of the most relevantly liked emcees out of Chicago. In 2013 he partnered with Chicago based indie label Closed Sessions to release his commercial debut project “Dude Bro”.  Since then he has been gaining support from Red Bull, Fakeshore Drive, Complex, MTV2, 2Dopeboyz, Hypetrak, Consequence of Sound, The Sun Times and The AV Club.

In 2016 ShowYouSuck partnered with fellow Defend duo The Hood Internet to start the Future HipHop project AirCredits and toured through Summer and Fall in support of their Debut album “Broadcasted”.  Welcome ShowYouSuck!