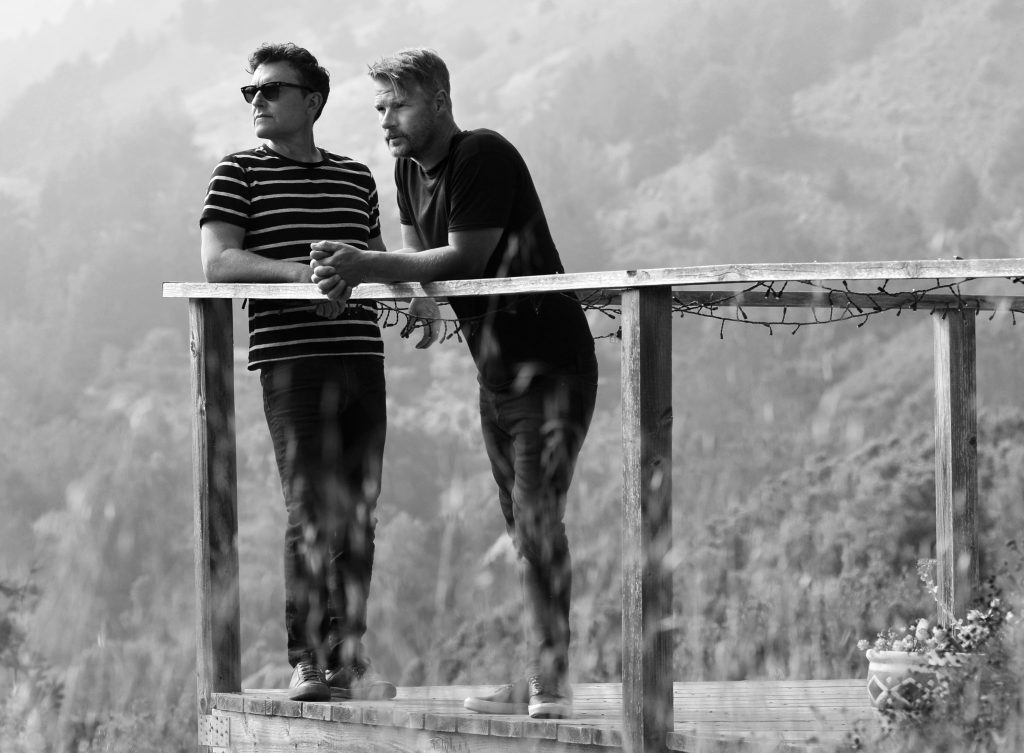 Armed with merely a double-neck bass/guitar, drums and a dizzying array of foot pedals, El Ten Eleven creates complex, deeply felt music, from scratch, onstage, with no help from laptops or additional musicians. Made up of Kristian Dunn (bass, guitar) and Tim Fogarty (Drums), they utilize multiple looping pedals to create songs that sound as though they are being played by at least six people. Most first-timers to an El Ten Eleven show are stunned that the band is a duo. It’s a refreshing site in this age of letting the computers do all the work.

Since the band’s inception in 2002, they have always been just two people who produce their own records. That attitude of self-reliance led to the band launching their own Fake Record Label, where they have self-released 6 full length albums over the past decade plus. For 2018’s Banker’s Hill, the band brought producer Sonny Diperri into the fold and moved up to the beautiful Panoramic House studios in Stinson Beach, CA for a month to create their 7th long-player. The decision to bring another collaborative force onboard has proven well worth the change of process.

Part of El Ten Eleven’s success has come from tasteful licensing to Film & TV. Their music has been used in everything from Lexus commercials to the MTV Video Music Awards but the most notoriety has come from licensing partnerships with Gary Hustwit’s award-winning design documentary trilogy, “Helvetica,” “Objectified” and “Urbanized.” Featuring both original music from El Ten Eleven and scores from Kristian Dunn, the films’ beautiful precision are a perfect marriage for El Ten Eleven’s meticulously-layered sounds.